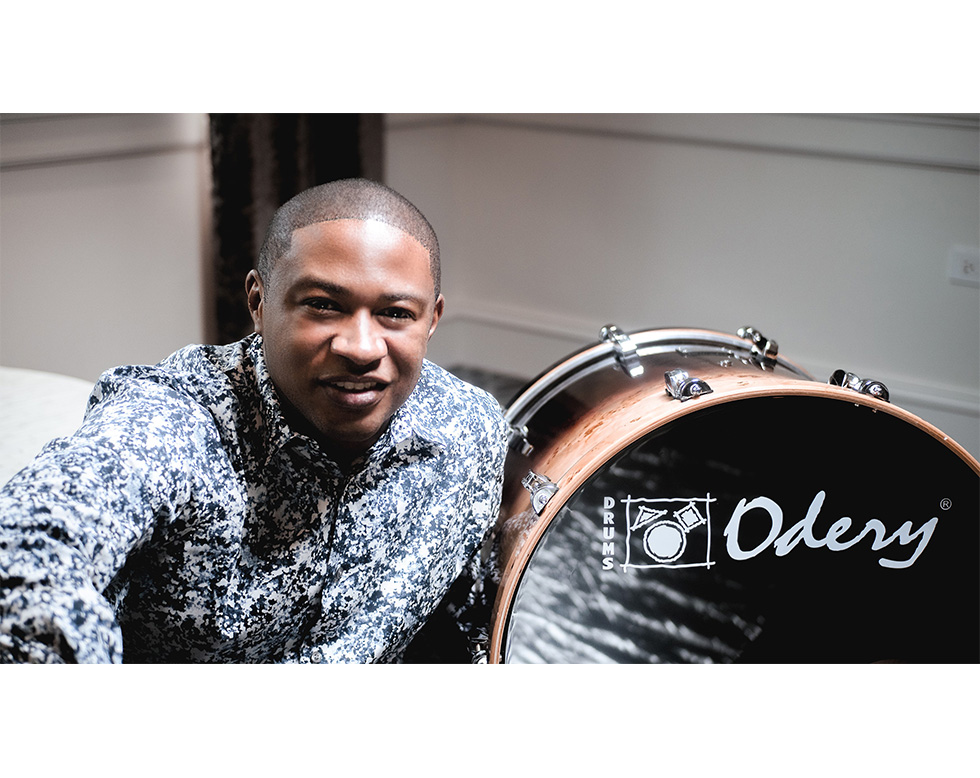 Michael Weatherspoon has been a concert, session and touring drummer for over 20 years performing with such artists as Ben Tankard, Bill Dickens, Kirk Whalum, George Duke, Phil Tarver, Donald Lawrence, Daniel Weatherspoon, Myron Butler, Kim Burrell and Yolanda Adams to name a few.
With over 90 albums and DVD’s to his credit, Michael has been able to provide artists, large and small with the musical interpretation needed to bring their vision to fruition. For a full scope of Michael Weatherspoon’s album credits, click on:www.michaelweatherspoon.com
In addition to being a drummer, Michael is also part of Spoonfed Productions which was founded with his brother Daniel Weatherspoon. Where they have produced and consulted with record labels on the completion of artist’s projects. Michael has produced and consulted on numerous of gospel albums from traditional to urban with independent artists and record labels. With 5 years experience serving as A & R Director in the recording industry as well, Michael was able to assist artists not only on production, but also in contracts, development, marketing and promotions.
Michael has also worked with major theater companies such as Congo Square Theater Company, The Goodman Theater, Porchlight Music Theatre and Open Door Theatre Company on a variety of musicals that brought rave reviews from audiences and critics from across the country.
Michael is grateful to be part of the Odery Custom Drums family and is looking forward to this partnership.
www.michaelweatherspoon.com
www.facebook.com/michaeljweatherspoon
Follow me on Twitter @SpoonfedProd
Follow me on Instagram @michaelweatherspoon
www.michaelweatherspoon.com
www.facebook.com/michaeljweatherspoon
Follow me on Twitter @SpoonfedProd
Follow me on Instagram @michaelweatherspoon