Alberto Vargas is a world-class, Grammy-winning drummer and percussionist with extensive experience playing and recording in styles spanning the entire musical gamut. Since his initial launch into the professional circuit at the young age of 16, Alberto has since gained a plethora of skills and acclamation performing with names such as Gloria Estefan, Tecupae, Marco Barrientos, Israel Houghton, Hillsong, Kim Clement, Juanita Bynum, and Ingrid Rosario. 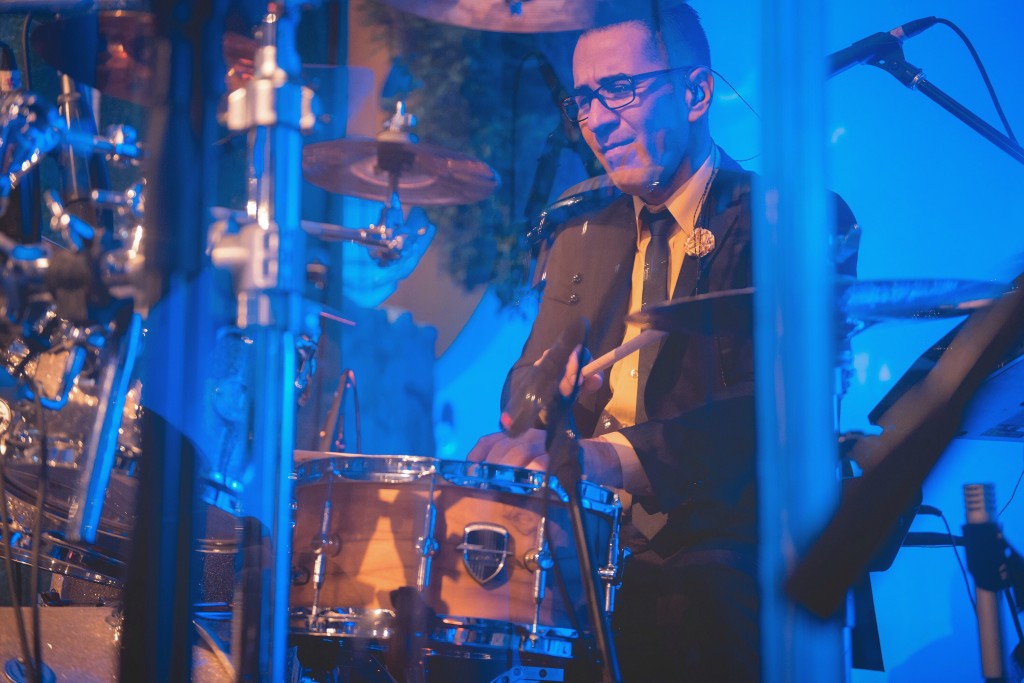 From his beginning studying at the Maracaibo Conservatory of Music and Cepromusic School, Alberto has gone on to play with Ron Kenoly, Guaco, Mermelada Bunch, Carangano and even with the widely popular Venezuelan band Voz Veis, winning a Latin Grammy for his recording on the CD “Como Se Llega a Belen”.  He also has received Grammy nominations for his recording with Nino Segarra on the CD “De Nino a Nino” and with the band Tecupae. Alberto is currently connected and endorsed by Vater, Remo, Sabian, CTM Monitors, and Gon Bops.

As the full-time drummer and percussionist for the musical group New Wine, his invaluable experience in various genres accompanied by his natural knack for networking has taken full advantage of the platform and exposure of the worldwide organization his band is currently founded in: King Jesus International Ministry. This ministry is home to thousands of Miami locals as well as the spearhead in the interfaith television and online broadcasting, streaming praise and worship services into the homes of millions around the globe via internet and world-renowned cable networks such as TBN, Enlace, Daystar, and The WordTV, just to name a few. As a result of Alberto’s work with this ministry, he formed influential ties with the bands of churches in Central and South America the world over, traveling frequently with Apostle Guillermo Maldonado to perform in conferences and train international alumni in the art of creating powerful experiences through sound.

Alberto’s unique repertoire of rhythms and styles have served as the foundation upon which New Wine creates the kind of sound effective in hosting God’s presence, establishing atmospheres and impacting the hearts of its listeners for the past 11 years. In this timespan, Alberto has worked with New Wine to capture these musical moments time and time again, resulting in 15 albums recorded, five live concerts, two of which were recorded in the American Airlines Arena.

We are certain these innovative sounds will touch the hearts of people from all different races, cultures, languages, ages, and beliefs. This is the reason we strive to meet the highest standards set by today’s music industry and why we seek the excellence needed to produce projects that are spiritually and musically edifying. Together, we are able to meticulously attend to detail as to the content of each song, recording, musical editing, coordinating events, and the distribution of each production through KJM Publications. Currently, the New Wine music group has 12 CDs recorded, five of which have been live concerts with one more live concert underway.